Patient education includes proper delivery of information in a way that accommodates an individual’s educational needs in order to achieve health (1). Low-cost programs in this respect including health and medication education can help to improve patient health and make them more willing to accept or continue their treatment processes (2). Such education must be easily comprehensible and bring about changes in patient behavior (3).

Health literacy is the capacity to obtain the process and perception of general health information and the required services to make appropriate health-related decisions (4). Recent systematic investigations have confirmed that health literacy is at a low level and it has led to poor self-management in individuals which causes greater use of emergency departments and hospital beds. Evidence shows that many educational topics for patients with low levels of health literacy are too complicated. Such topics can be comprehensible only when patients with different levels of health literacy are able to receive and process key messages (5). In patient education, illiteracy is a problem often overlooked by nurses (6); in this respect, providing patient education is not enough by itself. According to reports, majority of patients can remember less than 35% of verbal information provided by health professionals. Such information may be also poorly understood by patients or some patients might refrain from asking questions and expressing their ignorance due to a sense of embarrassment. To resolve such a problem, written topics are used to complement and enhance verbal ones. Such information should be at a level that can be easily read and written. Otherwise, they cannot facilitate patient learning. Determining whether the written topics are appropriate for patients depends on their level of literacy as well as the readability level of the written materials (1). Functional literacy refers to an individual’s ability to read and manage the required daily life activities. People are living with different levels of literacy in industrial and non-industrial countries. There is also a relationship between individuals with low levels of literacy and increased risks of being affected by illnesses. Such a correlation indicates the fact that people with low literacy skills are more likely to have less access to well-written topics that are developed for this target population. As a result, individuals with poor reading skills may not be informed of the details of their illnesses and overlook their health. This problem may be accompanied by weak interactions between individuals and healthcare providers because of embarrassment and shame (1). If the objective is to benefit patients with written information properly, the topics should be clearly written and include a logical organization, expressive language, and readability (7). Using educational topics written in a plain structure and their perception are potentials to improve the ability of patients and their families in terms of self-care which can result in improved care especially in patients with limited levels of literacy (8).

The present study was a descriptive research measuring the readability level of patient education pamphlets in 2016. The study sample included all patient education pamphlets in 11 training hospitals in the city of Mashhad (Imam Reza Hospital, Khatam al-Anbia Hospital, Dr. Shariati, Hospital, Shahid Hasheminejad Hospital, Ghaem Hospital, Omid Hospital, Dr. Sheikh Hospital, Taleghani Hospital, Kamyab Hospital, and Montaserieh Hospital). After receiving a letter of introduction from school officials and coordination with all educational supervisors at the given centers, all the patient education pamphlets equal to 543 cases were collected through the census method. These materials had been developed by healthcare personnel working in the given centers and distributed among patients. 94 pamphlets out of the total number of pamphlets had been prepared by students of the School of Nursing and Midwifery in Mashhad and they were used jointly in training hospitals in the city of Mashhad following their approval by competent professors, the Scientific Committee of Patient Education and Office of Vice-Chancellor for Treatment Affairs. Among the 11 training hospitals, Hasheminejad Hospital was using all the pamphlets distributed by Office of Vice-Chancellor for Treatment Affairs to train the patients. Following the separation of pamphlets developed by the Office of Vice-Chancellor for Treatment Affairs in other hospitals, the readability of other pamphlets was measured via the SMOG Index. The readability of pamphlets developed by the Office of Vice-Chancellor for Treatment Affairs was also separately measured through this index. To examine the difficulty level of written materials, there are more than 40 formulas. Currently, the SMOG formula is used as the most comprehensive formula to determine the level of difficulty of written materials in different languages. In this study, the difficulty level of each pamphlet was investigated in terms of readability through the SMOG Readability Formula as the most comprehensive formula employed to determine the level of difficulty of written materials. The given formula is associated with other relevant formula and it can be used with confidence to determine the amount of simple written materials in terms of readability and reading comprehension. This Formula can be employed in different languages and the only difference is the one in the scores obtained in one language compared to those for other languages (27). Therefore, the level of difficulty in the written materials can be compared in a language with other languages. At present, most educators make use of such a formula to measure the level of difficulty in written materials. The present study was conducted by an expert nurse. To use this formula, the pamphlets were firstly classified into two groups: short and long. Pamphlets containing more than 30 sentences were named long pamphlets and those with less than 30 sentences were called short pamphlets. To this end; 10 sentences at the beginning, middle, and end of the selected text, number of words with three syllables or so in 10 pamphlets were counted. Then, the SMOG conversion chart was used to determine the grade of the readability level. In terms of short pamphlets, the number of sentences in each text and then the number of words with three syllables or so were counted. In the next step, the number of sentences in the text was divided by 30 and the number obtained was multiplied by the number of words with three syllables or more. The majority of studies in this respect confirmed that the written materials were required to be at 6th grade and below.

Moreover, the results of the one-way analysis of variance (ANOVA) showed a significant difference in mean scores for the readability of education pamphlets in 11 training hospitals in the city of Mashhad (P<0.001) (Table 2).

Figure 1: The readability of patient education pamphlets divided based on training hospitals in the city of Mashhad 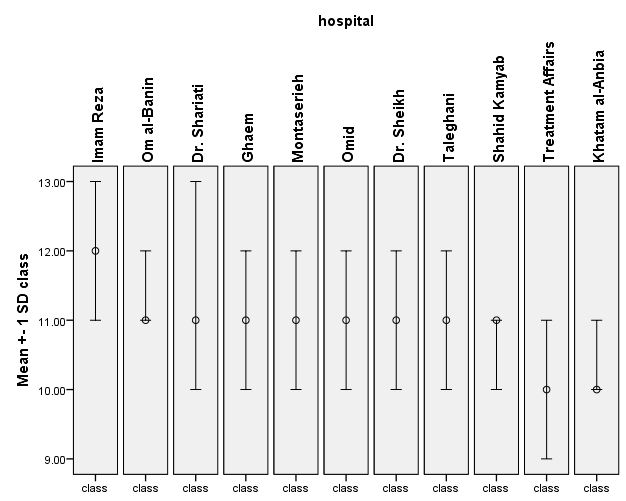 Table 1: The average readability of patient education pamphlets divided based on training hospitals in the city of Mashhad

Table 2: Results of ANOVA for patient education pamphlets divided based on training hospitals in the city of Mashhad

Research studies have also shown that literacy level could not provide an accurate reflection of the reading skills in patients. For example, in a study in this respect, participants had an average literacy level of 11th grade but their reading skills were at 7th or 8th grades (8). Therefore, it was argued that education should be based on patients’ reading skills. In addition, health literacy affects health-related behaviors. The findings of a study indicated that patient education pamphlets were 4 to 8 levels higher than the recommended ones (12). According to the results of a study in Australia, patients preferred educational topics written in plain language and those with a readability of 8 or lower while 53-90% of patient education topics had been written at 9th grade or higher. Moreover, there was a relationship between people with low literacy levels and increased risks of associated diseases. This relationship reflected the fact that the written education topics had not been developed for people with low literacy and skills (7).

The results of the present study showed that the existing patient education materials had a high level of readability (Figure 1) and the bulk of education materials were written at a level whose comprehension was difficult for the majority of target population. Therefore, there is a need to improve the readability level of these materials in a manner that they are comprehensible for adults with a low level of literacy.

This article was a part of the master’s thesis approved with the code number 941054 in Mashhad University of Medical Sciences. We hereby express our gratitude to the Office of the Vice-Chancellor for Research due to their financial support of this project as well as the respected educational supervisors in the training hospitals in the city of Mashhad for their sincere cooperation.

The authors declare that there is no conflict of interest.